You are here: Home » About Beaver Station (rev)

Stained glass windows are lit from the outside to enhance their beauty. Emmanuel Fine Art Photography

Preserving the past… Enriching the future

In the planning stages since early 2011, Beaver Station’s restoration is now complete. The waiting room has been returned to its original grandeur and transformed into the elegant 2,500 sq. ft. 1897 Event Center. Occupying the station’s 6,000 sq. ft. lower level Cultural Center are the Beaver Area Heritage Museum’s ever growing Collections & Research Center, a branch of Sweetwater Center for the Arts, the Beaver County Genealogy & History Center and two multi use meeting rooms.

In the spring of 2016 Beaver Station received a prestigious state wide community enhancement award from the PA Secretary of Community and Economic Development.

Later in 2016 we added a large awning on the popular track side courtyard and reconstructed the original front entrance Porte Cochere removed in 1933. We also installed privacy fencing around the service entrance and a Third Street train canopy sign and nearby garden. In early 2017 we completed the unique Event Lawn Belvedere, a bandstand like outdoor venue repurposed from the turret roof of a nearby, now razed 1890 mansion. In the months, ahead we will install donor appreciation plaques and attractive and educational panels outlining our county’s rich history, developed in cooperation with the Beaver County Historical Research & Landmarks Foundation. Visit our Facebook page for regular updates.

We are pleased to announce that a fund of The Pittsburgh Foundation has recently awarded Beaver Station a challenge grant of $50,000 for its last mile funding needs. All new and unrestricted gifts up to $100,000 will be eligible for a 50% match. Should you wish to donate $1,000 or more your gift can be recognized on permanent donor plaques to be installed in 2017. The donor plaques and categories are shown below. New investors are encouraged to join with over 350 donors to help us preserve the past and enrich the future here in Beaver County.

Beaver Station in the News 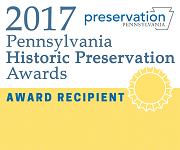 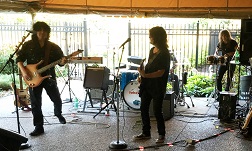 Aug. 2017 – A plaque is placed near the Belvedere at Beaver Station so visitors may learn of the history behind the beautiful structure.

July 8, 2017 – The Allegheny Brass Band performs a free concert at the Belvedere at Beaver Station.

June 2017 – New signage is erected at the corner of Third Street and East End Avenue in Beaver featuring UPMC Health Plan, Heritage Valley Health System and the Spanos Group of Raymond James — whose above and beyond gifts support both the Beaver Area Heritage Museum and Beaver Station Cultural & Event Center.

May 28, 2017 – Josie and Michael are the first couple to wed in the Belvedere at Beaver Station.

Jan. 1, 2017  - Beaver Station is selected as a WeddingWire Couples' Choice Awards recipient which represent the top five percent of wedding professionals on WeddingWire who demonstrate excellence in quality, service, responsiveness, and professionalism.

June 14, 2016 – The $2.7 million Beaver Station Cultural and Event Center receives a prestigious statewide community revitalization award for “creating economic vitality” by the Harrisburg-based Pennsylvania Downtown Center. The “Townie Award,” in the category of asset enhancement, was presented by Dennis Davin, Secretary of the Pennsylvania Department of Community and Economic Development, and by William Fontana, Executive Director of the Center, at a dinner gala in Allentown. Beaver Station Co-chair Robert Rice accepted the award on behalf of the Beaver Area Heritage Foundation. In his remarks, Rice acknowledged Beaver Station colleagues in attendance David O’Leary and Mark Miner, who serve on the Station’s Operating Committee. More>>>

1878 - The P&LE Railroad comes to Beaver and opens a small wooden station on the west side of East End Avenue.
1897 - A elegant new passenger  station is built on Southeast corner of Third Street and East End Avenue.
1910 - The 1897 station is moved to its present location when the tracks are moved east to align with the new Ohio River railroad bridge - still in use today.
1985 - Passenger service ends. The station is sold to Beaver County and expanded to house the county’s first 911 Center.
2010 - The 911 center moves to a new facility in Ambridge and Beaver buys Beaver Station from Beaver County.
2011 - 2016 - At Beaver’s request Beaver Area Heritage Foundation acquires the station and determines  to restore and repurpose it as Beaver Station Cultural & Event Center. More than 350 donors contributed over $2.8 M to create the venue in use today.

For additional information, click here to complete our online inquiry form  or call: 724-987-8060